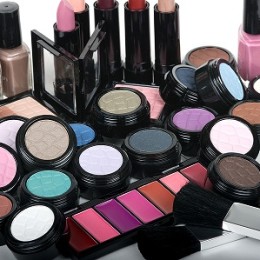 Parabens is a term used to describe a set of chemicals used as a preservative by the cosmetic and pharmaceutical industries to prevent bacteria growth. The most common parabens used in cosmetics are butylparaben, propulparaben, and methylparaben. Most personal care products including makeup, deodorants, and moisturizers, contain parabens.

A number of environmental and health activist groups have actively pushed for a ban on parabens, arguing that they are endocrine disrupters. Most notably, the Environmental Working Group runs the “Campaign for Safe Cosmetics” in which it pushes for cosmetics free of parabens and other chemicals.

What the Research Says

According to the U.S. Food and Drug Administration (FDA): “The Cosmetic Ingredient Review (CIR) reviewed the safety of methylparaben, propylparaben, and butylparaben in 1984 and concluded they were safe for use in cosmetic products at levels up to 25%. Typically parabens are used at levels ranging from 0.01 to 0.3%.”

Parabens are acknowledged to be an endocrine disrupter that can act similarly to estrogen. However, FDA notes that studies have shown parabens have much less estrogenic activity than estrogen naturally occurring in the human body. Because parabens are used in such low levels in cosmetics, researchers have concluded that it is “implausible that parabens could increase the risk associated with exposure to estrogenic chemicals.”