California Goes its Own Way on Science 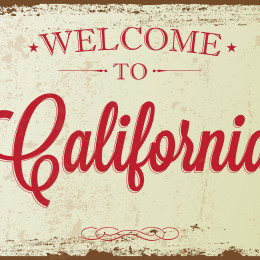 Lately, there’s been a lot in the news about the safety of bisphenol A (BPA), a chemical used in a wide array of products from medical devices to food packaging to receipts. While environmental activist groups have blamed BPA for causing a number of health problems, the U.S. Food and Drug Administration (FDA) and European Food Safety Authority (EFSA) reviewed hundreds of studies and recently confirmed that BPA, as it’s currently used, doesn’t pose any risk to our health.

But now, just a few months after the FDA and EFSA’s rulings, California regulators are taking a major step towards listing BPA as a “reproductive toxin” under the state’s chemical labeling law, Proposition 65. The move would add BPA to the state’s list of over 800 chemicals it claims can cause reproductive problems or cancer.

California regulators have access to the same research the FDA and EFSA recently reviewed, but claim “substantial new epidemiological and toxicological data on BPA and female reproductive toxicity have become available since” the listing committee’s last meeting on BPA in 2009 (when its members voted unanimously not to list BPA under Proposition 65).

So why is California seemingly ignoring the conclusions reached by the FDA and EFSA?

Because Proposition 65’s wording has created an incredibly low bar for a chemical to be considered harmful. Essentially, all the state’s regulators have to do is find that a chemical—even at extremely high doses and exposure methods that humans would never reasonably experience—could cause one excess case of cancer in 100,000 people over a 70 year period. That means it doesn’t really matter to California that the FDA, EFSA, and hundreds of studies have concluded that normal exposure to BPA doesn’t pose a health risk to humans.

To put this risk in perspective, in its recent analysis of BPA research, EFSA concluded that “effects on fertility and development may be expected at levels of exposure approximately 10,000 times above the” Tolerable Daily Intake (TDI) level. And since the TDI level set by EFSA is already much higher than the average level of BPA an individual is exposed to in a day, you’d have to be exposed to seriously high levels of BPA before you might expect to see an effect on fertility and development.

California, more than any other state, should know that warning individuals about infinitesimal levels of risk results in lots of unnecessary panic—often with serious consequences.

Just look at the state’s recent measles outbreak. An alarming number of California parents are refusing to vaccinate their children despite the fact that the risk of serious side effects from vaccinations is incredibly small.

In theory, it’s a great idea to warn consumers about products that could be harmful. However, Proposition 65 isn’t identifying real risks to consumers. Regulators are just stirring up more needless fear about safe products.