Can You Really ‘Train Your Brain’ with Games to Maximize Performance? 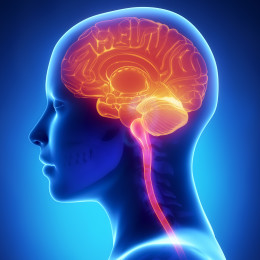 If you’ve listened to a popular podcast, used music streaming apps like Pandora and Spotify, or watched cable news recently, you’ve probably seen advertisements for Lumosity—a “brain training” program that claims its games could help consumers maximize their brains’ performance at work, school, and sports and stave off age-related cognitive decline. It sounds great—by simply playing fun games a few times per week, we could improve brain performance. Unfortunately, there isn’t any scientific research to back up Lumosity’s bold claims.

Because of that lack of scientific evidence, the Federal Trade Commission (FTC) charges Lumosity “deceived consumers with unfounded claims.” The agency also stated the company failed to disclose that many of the “testimonials” featured on Lumosity’s website were actually gathered after rewarding contest participants with expensive prizes, like iPads. Today, the FTC announced Lumosity will pay $2 million to settle these charges.

Jessica Rich, Director of the FTC’s Bureau of Consumer Protection, said: “Lumosity preyed on consumers’ fears about age-related cognitive decline, suggesting their games could stave off memory loss, dementia, and even Alzheimer’s disease…But Lumosity simply did not have the science to back up its ads.”

Settlements like this send a powerful message to companies out there hoping to prey on consumers’ desire to improve their health and cognitive performance: If you’re going to make bold scientific claims, you must have scientific research to back up your marketing.

It’s a pity the FTC doesn’t have the resources and time to weed out the many charlatans promoting “superfoods,” supplements, and other bogus products to consumers. In the meantime, remember the old adage “If it sounds too good to be true, it probably is.”