Do Ultrasounds Cause Autism? 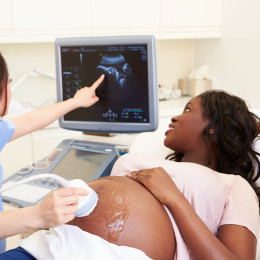 Several outlets have reported on a study suggesting that autism severity is linked to ultrasound exposure during the first trimester. The headlines are at best deserving of a disparaging head-shake, and at worst a danger to mothers and their unborn children.

The American Institute of Ultrasound in Medicine (AIUM) recommends a dozen instances as justification for a first-trimester ultrasound:

As you can see, not only is an ultrasound an effective, noninvasive means of detecting a pregnancy in the first place, but it can elucidate several potential risk factors to fetal health early into the pregnancy. This is especially relevant when it comes to high-risk pregnancies, which leads us to our overall point of the “ultrasounds cause severe autism” criticism: There is, without a doubt, a confounding variable at play here.

Women with high-risk pregnancies tend to have more ultrasounds. A Centers for Disease Control and Prevention report revealed that pregnancy issues which result in prematurity, low birth weight, or the need for a Caesarian section are correlated with an increased incidence of Autism Spectrum Disorders.

As such, the underlying risk factor is likely responsible for both the observed increase in autism, and the increased use of ultrasounds. The paper which first described the potential autism-ultrasound link specifically included children with an increased copy-number of certain genes already thought to underlie the development of ASD. These children have a definitive genetic abnormality, as such it would be logical to conclude that the abnormality may have caused fetal disturbances requiring closer monitoring in the womb, before doctors or the mother were even aware that the child would be affected with ASD.

Reporting that more ultrasounds yield more severe autism exploits the “newsiness” of the autism topic without objectively evaluating the validity of such a study’s results.