Got Exploding Electronics? Science Can Help 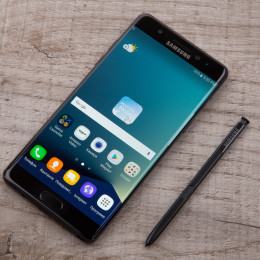 Despite giving rechargeable life to almost all consumer electronics, lithium-ion batteries have been the subject of some well-deserved criticism. After all, no one wants to see a hover board or cell phone set their house on fire.

Thankfully, science is already on the problem.

A team of Stanford University chemists developed a flame-resistant lithium-ion battery, which overcomes the shortcomings of some more flammable designs.

Lithium-ion batteries work by moving charged particles through an electrolyte, which also happens to be very flammable. Excess heat can cause the batteries to go up in flames. One way to combat sudden ignition is to add a flame retardant chemical to the battery liquid.

Flame retardants, whose name refers to a general chemical property rather than a specific chemical, choke out fires in a number of ways – preventing flame formation or flammable gas release, creating a barrier between the heat source and flammable material, and slowing an existing fire. By nature, flame retardants aren’t very conductive. So you can imagine how putting them in battery liquid would hamper its performance.

The Stanford team came up with a novel design for their lithium-ion batteries – enclosing the flame retardant in incredibly thin plastic so the fire-preventing chemical is only released if the plastic melts and it has an immediate job to do.

Innovation is pretty cool, if you ask us.

Although the design isn’t far enough along in the development process to become a replacement for, say, the exploding Samsung Galaxy Note 7, they might one day be used in everything from cellphones to electric vehicles.