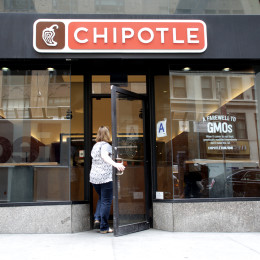 In an opinion piece for the Las Vegas Review-Journal, Dr. Joseph Perrone explains just because companies are touting decisions to phase out artificial ingredients, genetically modified foods, and meat from animals treated with antibiotics doesn’t mean their menus are getting a “healthy” makeover.

Below is an excerpt of his piece. To read the full op-ed, visit the Review-Journal’s website here.

Would you feed your kids a snack that includes ethyl ethanoate, 3-methylbutyraldehyde, butylated hydroxytoluene and linoleic acid? While many Americans would probably balk at loading up lunchboxes with these scary sounding chemicals, they’re actually common compounds found in blueberries.

Listing off hard-to-pronounce chemicals as a reason to avoid certain foods has been the basis of campaigns by activists such as the “Food Babe,” to pressure companies into changing their menus. In recent weeks, restaurants and food companies including Chipotle, Papa Johns and Kraft have rushed to announce that they’re replacing ingredients in their foods with “natural” alternatives. But these moves aren’t really making their food healthier. Rather, they’re generating significant unwarranted media attention and creating marketing opportunities to appeal to consumers.

When Panera recently announced its plan to eliminate more than 100 ingredients from its menu, even the hyperbolic Center for Science in the Public Interest commented: “Eliminating many of the ingredients with unfamiliar chemical names, like calcium propionate and sodium erythorbate, is done solely for PR purposes and not to make safer, more healthful foods.”

Simply because an ingredient occurs naturally, rather than being created in a controlled laboratory setting, does not mean it’s safer. You wouldn’t want poison ivy in your salad! Most of the scary-sounding, activist-hated ingredients in our food — think azodicarbonamide, the “yoga mat” chemical — have been shown to be perfectly safe in the tiny amounts used in food, and they are added for specific purposes.