No cancer warning for coffee…but what about the law that requiring one in the first place? 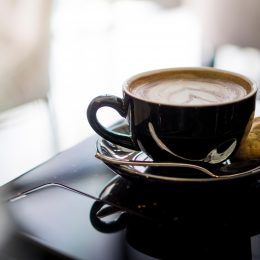 California recently decided not to require cancer warnings on coffee after all.

For some background, California’s Proposition 65 requires warnings labels on products or places of business that may expose consumers to any one of roughly 900 carcinogens and reproductive toxins. But as the American Cancer Society notes, “not every compound labeled as a possible cancer-causing substance has been proven to the worldwide scientific community to actually cause cancer.” When it comes to coffee, researchers (and the public) almost universally agree that the beverage is safe. But since coffee contains acrylamide, a chemical on California’s list, a judge decided earlier this year that the law requires coffee to come with a warning.

That’s a pretty bad standard if you ask us, especially since the excess of warnings that have resulted from this law tend to desensitize people to the warnings that really matter. As as our Research Director notes in an opinion piece that ran on IJR today:

“[A]cross the globe, businesses have lost more than $310 million settling Proposition 65 lawsuits since the turn of the century. 7-Eleven, BP, and Yum Yum Donuts even settled their portion of CERT’s coffee lawsuit last year for a combined $1.82 million.

Therein lies the true motive for most Proposition 65 litigation. Rather than supporting public health initiatives or perhaps investing in safer chemical development, the settlement money lines the pockets of a few plaintiffs and attorneys who have created full time careers out of shaking down businesses.

CERT claimed more than $840,000 of a $2 million acrylamide lawsuit against Burger King and McDonald’s in 2007. Since Raphael Metzger is CERT’s primary contact — its lawyer, and his law firm’s address (and fornerly, it’s phone number) is the same as CERT’s — it’s safe to say Metzger stands to financially benefit from the civil penalty portion of CERT’s Proposition 65 settlements as well as taking the associated attorney fees.

This is not out of the ordinary.

A new report from…the Center for Accountability in Science, found that more than three-fourths of Proposition 65 settlement money went directly to attorney fees and legal costs last year. The sheer number of settlements, averaging about 11 a week every week since 2010, is unsurprising when you consider that plaintiffs and their lawyers pocketed about $30,000 with each successful settlement against a California business, and $28,000 for businesses in New York. It’s a pretty good gig if shakedowns are your thing.”

But there may be a silver lining in the “does coffee actually cause cancer” debacle: Since everyone understands that Proposition 65 warnings shouldn’t apply to coffee, they’re starting to pay attention to other ways the law fails, too. Members of Congress even introduced a bipartisan bill called the Accurate Labels Act that would ban labeling laws like Proposition 65 that don’t base their requirements in hard evidence.

To read more about how one overzealous attorney and his successful lawsuit against coffee could finally bring California’s Proposition 65 to an end, read the full article on the IJR website.