No, Disney Animal Crackers Won’t Give You Cancer 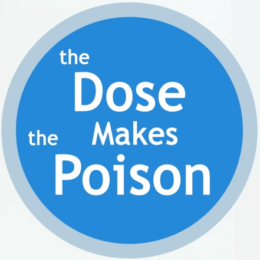 When it comes to the bare necessities of health, misinformation runs rampant. Just last week, a major newspaper reported on the apparent danger of Jungle Book-themed animal crackers sold at Walgreens.

Their reasoning? Dangerously high levels of acrylamide, a chemical naturally formed during the baking process and by cooking certain vegetables, like potatoes.

In reality, the levels of acrylamide present in your food aren’t high enough to cause harm, even to children. In reporting this story, the author forgot to consider a fundamental principle of toxicology: The dose makes the poison.

Our chief science officer, Dr. Joseph Perrone, responded with a letter over the weekend. You can read his take below, or on The Mercury News website.

Disney’s Mowgli and Baloo were the unfortunate subjects of a parent alert spurred by accusations that popular Jungle Book-themed animal crackers contain dangerous amounts of a cancer-causing chemical called acrylamide. It’s a startling accusation – but what’s more startling is that someone would make such a ridiculous claim, exploiting parents’ fears for financial gain.

The supposedly “dangerous” acrylamide is a natural byproduct of cooking certain vegetables, like potatoes. Parents could expose their children to more acrylamide by feeding them organic, homemade french fries than by serving the incriminated Disney snack.

California’s acrylamide “safety standard” comes from Proposition 65, the same law requiring warning labels on everything from flip flops to hotel lobbies. The Center for Environmental Health, which is leading the animal cracker lawsuit, has raked in over $66 million exploiting Proposition 65’s unnecessarily low threshold of “danger.”

Forget about your worries and your strife – California’s ill-written law may make acrylamide look scary, but your crackers have less bite than Shere Khan.

If you’d like to know more about acrylamide (including the number of french fries you’d have to eat before exposing yourself to its health consequences), check out our video, “Dose Makes The Poison: Acrylamide.”