Roundup Shown to Be Safe (Again) 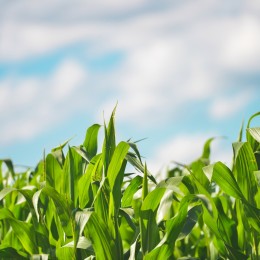 It’s hard to ignore the growing list of scientific authorities from around the world that keep coming to the same conclusion: glyphosate, the ingredient in herbicides such as Roundup, is safe. Recently, that list just got a little longer.

That’s because New Zealand’s Environmental Protection Authority released its Review of the Evidence Relating to Glyphosate and Carcinogenicity.  The new review considered studies assessed by other regulatory bodies, and concluded, “there is no convincing evidence of an association between glyphosate exposure and the development of cancer in humans.” (You can read the lay summary, here.)

New Zealand’s release wasn’t breaking news. Its conclusion has been reached before. But with so much fearmongering and misinformation out there over chemicals, it’s a great opportunity to remind people that the science on glyphosate is settled.

It bears repeating: Not a single national authority, from Australia to South Africa, has found glyphosate to be carcinogenic. However, nine have declared its safety.

And that’s not even counting the European Union, whose European Food Safety Authority (EFSA) and Member States found “glyphosate is unlikely to pose a carcinogenic hazard to humans.” Nor does that include the findings of international bodies, such as the joint report, released in May 2016, by the World Health Organization (WHO) and the Food and Agriculture Organization (FAO). Like all the above, the joint report said glyphosate is “unlikely to pose a carcinogenic risk to humans.”

Despite the consensus, junk science proliferates. Although the reason why is complicated, there is one simple way to guard against it.

Remember: Dose makes the poison. Next time you find a report declaring something is toxic, stop and see if it mentions dosage. If it doesn’t, then you’ve likely discovered science driven by either an agenda or ignorance.

Nonetheless, most people probably won’t abandon caffeine and chocolate–and they shouldn’t. It would take about 70 cups of coffee to kill a 155-pound person.

Thinking about dosage helps distinguish credible risks from inflated ones. And when it comes to glyphosate, that distinction is clear.