Salt: Which Way Do I Go? 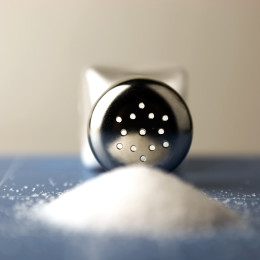 Two studies published in the same journal come to differing conclusions about the health implications of sodium intake.

So do we need more salt? Or less salt? Hard to tell from these two headlines with distinctly different flavors.

Both stories are reporting on new studies recently published in the New England Journal of Medicine. The studies were conducted with a significant number of participants spread over various countries, but the results of each of these studies led the authors to somewhat different conclusions. One study found that there are over a million deaths globally in 2010 that can be attributed to high sodium consumption; the other found an association between low levels of sodium consumption and risk of cardiovascular events like heart attacks.

Feeling salty about mixed headlines yet? What’s fascinating about this case is that both stories report on both studies—the news outlets just separately chose to report the findings in seemingly opposite ways. Certainly neither study conclusively proves either way that sodium is good or bad for you.

For the record—public health organizations and regulators remain mixed on salt. In a report last year, the Institute of Medicine declined to recommend lower sodium targets. The chair of that panel told the WSJ, “There is not a single study, not one, showing [such a] benefit for having a sodium intake of less than 2,300 milligrams.” It hasn’t dissuaded the American Heart Association from calling for lower limits.

Bottom line: This case of conflicting headlines is precisely why looking at the research itself and talking to your own personal doctor is crucial before changing your health habits based on a headline.