Store Receipts Won’t Give You Diabetes or Cancer 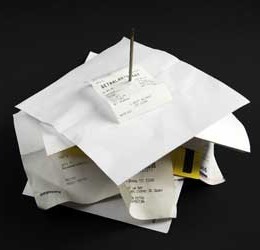 We’ve blogged about media coverage of the presence of Bisphenol-A (BPA) in store receipts before, and today another study was released showing that BPA can be absorbed through the skin after handling a thermal receipt. The study, published in PLOS One, found that the amount of BPA transfer was particularly high after using hand sanitizer. Before you start refusing all paper receipts or rethinking your use of hand sanitizer, consider:

As we’ve explained in other blog posts, BPA has been studied extensively—much more than most chemicals. Major health and regulatory bodies, including the FDA, Environmental Protection Agency, and European Commission, have looked at these studies and concluded that BPA does not pose any health threat at current exposure levels.