Warning: Your Morning Coffee May Prevent (Or Cause?) Cancer 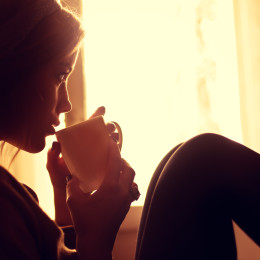 Recently, researchers published two more studies highlighting the link between coffee consumption and lower rates of cancer. One, from the World Cancer Research Fund found “strong evidence” that drinking coffee may reduce the risk of liver cancer. Another, concluded that drinking coffee might reduce your risk of skin cancer.

These are just a few of the most recent studies touting the health benefits of coffee. But thanks to California’s wacky Proposition 65 law, if you order your cup of joe in the Golden State, it comes with a label warning: “This product contains chemicals known to the state of California to cause cancer.”

That’s because during the bean roasting process, a chemical called acrylamide is produced.

California considers acrylamide a carcinogen, even though as Stanley Omaye, a professor of nutrition and toxicology at the University of Nevada told Chemistry World ,“you would have to drink probably over 100 cups of coffee a day in order to get that dangerous dose, so it is totally absurd.”

Like with most products, it is the dose that makes the poison. The trace amounts of acrylamide in your morning cup of coffee is probably not something that should concern consumers. It’s just another example of the absurdity of California’s useless warning labels.