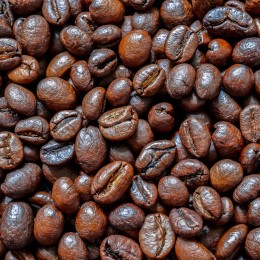 The International Agency for Research on Cancer (IARC) recently admitted that despite digging in its heels over the subject for 25 years, coffee doesn’t actually cause cancer.

After reviewing over one thousand studies of both humans and animals, the Agency concluded that there was “inadequate evidence for the carcinogenicity of drinking coffee.”

It makes us wonder how many of the IARC’s other recommendations – like red meat and glyphosate – are also unduly wearing this scarlet letter.

It’s encouraging to know that the IARC is willing to undergo some self-reflection in the name of accurate science, but the past quarter of a century brings into question the criteria with which the IARC evaluates carcinogenicity. The Agency tends to assign greater significance to studies with a positive outcome (i.e. those showing a correlation between the substance and cancer) than those showing no relation. In other words, one ill-designed study can topple the consensus of 50 well-crafted ones.

As an arm of the World Health Organization, the IARC is afforded a certain degree of reputability not given to many entities. Abusing that pulpit, even in the name of protecting the world from cancer, discredits the IARC itself, as well as the important work which is being conducted in the realm of cancer-causing agents.

Conflicting reports from official organizations no doubt confuse the public. The IARC would do more good if it sat down (perhaps with a warm cuppa joe?) and critically evaluated its findings before prematurely labeling products as harmful.