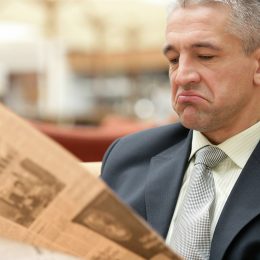 Earlier this week, the Los Angeles Times ran an opinion article called “Cancer warnings for coffee may be overkill, but Proposition 65 is not.”

We beg to differ.

The authors argue that in spite of Proposition 65 extracting hundreds of millions of dollars from businesses and requiring warnings on products that definitely won’t cause cancer (which lead the public to ignore warnings when they do matter), the law is totally worth it because it convinces companies to reformulate their products without toxic chemicals.

The authors attribute Kaiser Permanente’s decision to stop using IV equipment containing the chemical DEHP to Proposition 65. However, the healthcare provider’s decision came more than twenty years after DEHP was first listed under Proposition 65. The real motive underlying the shift came not from the California law, but from emerging research that DEHP could be harmful to infants and preemies in ways not experienced by adults.

California’s Attorney General has even expressed concern that Proposition 65 settlements have caused businesses to needlessly reformulate their products when a listed chemical was present in amounts so small that it couldnn’t harm someone in the first place. What good is reformulation if it doesn’t make a product any less safe?

For all the back-and-forth over whether California’s law helps or hurts, Proposition 65 supporters must reconcile two critical downfalls of its impact: California’s rate of seven common cancers — Non-Hodgkin’s lymphoma, and ovarian, testicular, and stomach cancers among them – are either no different from or higher than the national average. When it comes to evidence of reproductive health, California also fails to distinguish itself from other states. The National ART Surveillance System reports that California has among the highest percentage of births resulting from

assisted reproductive technology, such as in vitro fertilization, and the National Birth Defects Prevention Network reports that the state faces higher than average rates of central nervous system defects, and certain cardiovascular and musculoskeletal defects.

Prop 65 has burdened California for more than three decades. If it truly aided public health, you’d think we would have seen a difference by now.