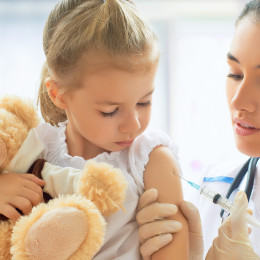 The overwhelming volume of research shows vaccinations are safe. It’s unsurprising then that a new study examining nearly 500 anti-vaccination websites finds most play fast and loose with scientific evidence.

The study, conducted by researchers with Johns Hopkins University Bloomberg School, found more than two-thirds of websites repeated the discredited myth that vaccines cause autism and two-thirds presented information as scientific evidence that really isn’t. The study also found many websites misinterpreted or misrepresented the findings of peer-reviewed studies. As one of the study’s authors, Meghan Moran explained, “So the science itself was strong, but the way it was being interpreted was not very accurate.”

With the power of the internet and social media, it’s easier than ever for anti-vaccination advocates to spread misinformation and myths about vaccine safety. We hope it doesn’t take more outbreaks of measles and whooping cough for parents to wake up and realize vaccines are a safe and effective way to prevent many potentially deadly illnesses.